The Comprehensive Plan currently includes a land use designation of “Mixed Use”.  Only 21.8 acres within the City have that zoning designation which represents less than 1% of the land area in the City and its surrounding UGA.

The Mixed Use zone was largely replaced by the Pilchuck District zone in 2012.  However, remnants of Mixed Use remain. Comprehensive Plan Policy CO 6.8 calls for those remnants to be re-designated.  It states:

The proposal is to eliminate the Mixed Use designation from the City’s Comprehensive Plan and from the zoning regulations of Title 14, Snohomish Municipal Code.  To accomplish this, the Comprehensive Plan would be amended to repeal Policy CO 6.8 and to update the Land Use Designation Map.  In addition, sections within Title 14 regulating Mixed Use areas would be repealed.

In doing this, the Mixed Use designation would become obsolete making it necessary to rezone all parcels that currently are zoned Mixed Use to something else.  As Policy CO 6.8 states, the new designation will reflect the existing use of the property and the surrounding uses and designations.  In addition, the property owners’ desires will be considered provided they are consistent with the policy.

Staff considered the following factors in arriving at their rezone recommendations:

The maps below show the areas to be rezoned and the surrounding zoning.  The areas to be rezoned are outlined in blue.  One map shows what property owners have told staff their preferred zoning would be.  If a parcel is not colored in that means either staff was unable to reach the property owner or the property owner did not state a preference.  The other map shows what the staff’s recommendation to the Planning Commission will be after considering all of the factors listed above.

The Planning Commission will hold a public hearing on the new zoning designations for the current Mixed Use parcels.  At the hearing, Commissioners will consider the property owners’ stated preferences, the staff recommendation, and any public comment or testimony provided.

This rezoning process will be part of a larger Comprehensive Plan amendment process.  At the conclusion of their public hearing the Planning Commission will make a recommendation on the rezones and other amendments to the City Council which will then hold its own public hearing before making a decision.

The Planning Commission public hearing on the rezones is tentatively scheduled for 6 p.m. Wednesday, March 3, 2021.

If you are interested in this project, whether or not you currently own property zoned Urban Horticulture, you are urged to participate in this process.  To stay informed every step of the way, email Planning Director Glen Pickus so your name and email address can be added to a “Parties of Interest” list.  By doing that you will receive email notices of all meetings and steps related to the elimination of the Mixed Use zoning designation.

You may offer your comments on this project at any time, or merely seek more information, either by emailing Glen or by mailing a comment letter to his attention at P.O. Box 1589, Snohomish, WA 98291. 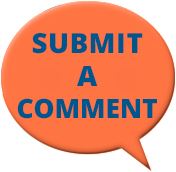 The five maps below show the areas of town currently zoned Mixed Use.  These maps are included to help understand the areas and inform zoning decisions.  The Mixed Use areas are highlighted in each map, with the surrounding zoning designations shown for reference.

Scroll through the maps to see each area by clicking the left and right arrows, or allow the slideshow to play.  Captions are included at the bottom of each map describing the affected parcels and surrounding area.  Each image is a link that will take you to a larger version of the map.

Site addresses and street names are shown to help orient yourself.