The Pilchuck District was created in 2011 to provide a unified vision for the area around the Centennial Trail south of Sixth Street and north of Wood/Rainier Streets.  That vision is to create a cohesive and identifiable neighborhood that is compact and walkable with a variety of land uses.  It is intended to be complementary to the nearby Historic District.  The Pilchuck District has several unique regulatory aspects that are not used anywhere else in the city.

The Pilchuck District development code is a hybrid form-based code (FBC).  FBCs use physical form as the organizing principal for the code rather than the separation of incompatible uses.  Particular attention is paid to how the building facades of private development interact with the streets, sidewalks, and other public spaces surrounding it.  As a result, the Pilchuck District has building and site design regulations that are more detailed than elsewhere in the city. 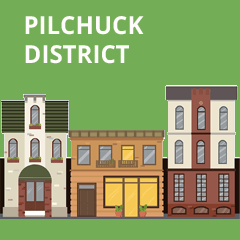 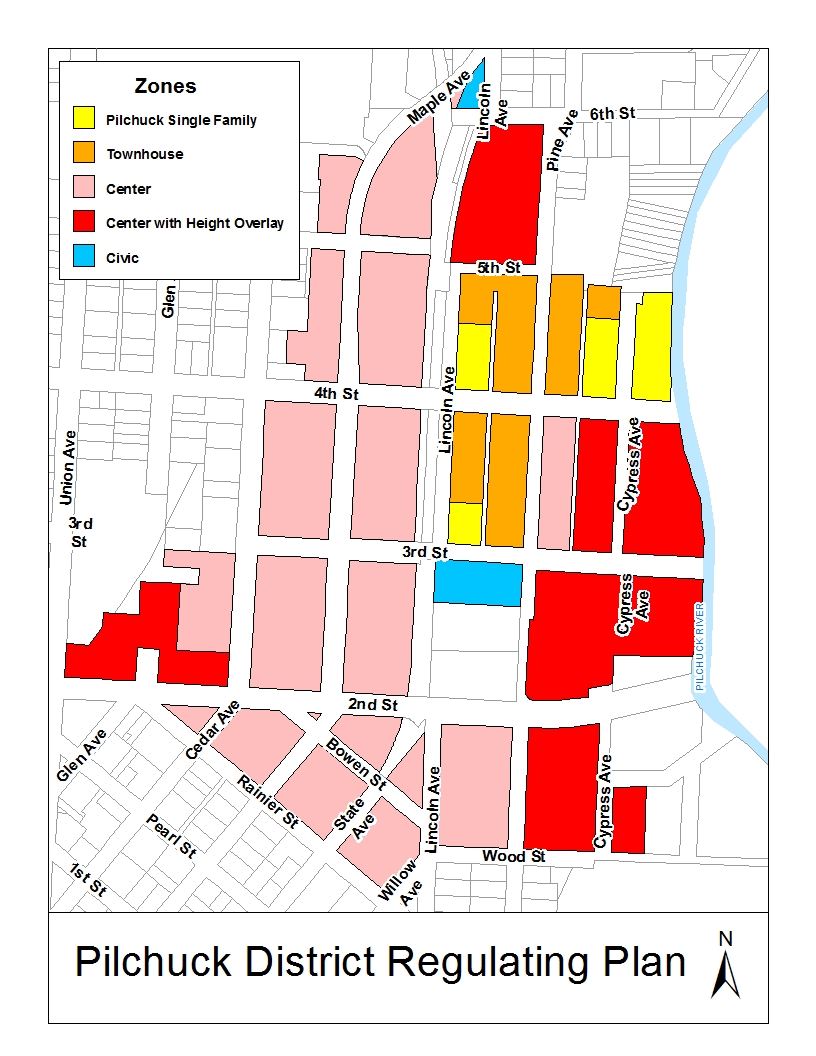 Incentives are provided through Snohomish County’s Transfer of Density Rights (TDR) program.  Developers can purchase TDR credits which can be used in the Pilchuck District to allow taller than typical buildings in specified portions of the District.  Whereas, building height is limited to three stories in the Pilchuck District’s Center Zone, with the purchase of TDR credits developers can add a fourth and fifth floor to their projects.

There are four zones and one overlay area in the Pilchuck District:

Certain portions of the Center zone have a height overlay to specify where TDR credits can be applied to build four- and five-story buildings. 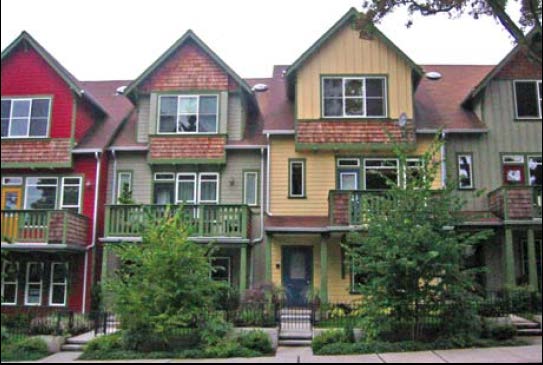 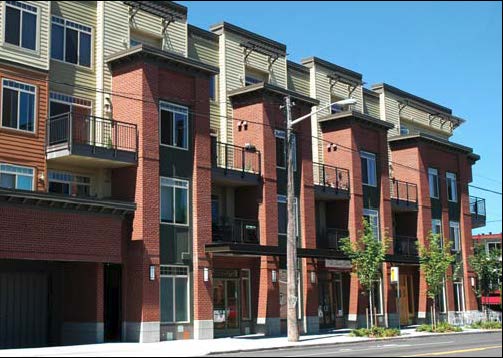